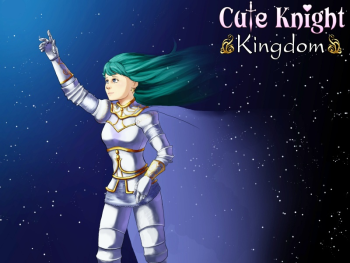 is a life sim/RPG from Hanako Games, and a direct sequel to Cute Knight, which shares the name with the Cute Knight series as a whole.
Advertisement:

THIS ARTICLE CONTAINS SPOILERS FOR THE GAME

As in the previous game, you take on the role of a young woman and shape her life over the course of several years by doing off jobs, talking to NPCs, and fighting monsters. Instead of confining the action to a single town, Cute Knight Kingdom features an overworld that allows the protagonist to see different areas of the world. The game features Multiple Endings, most of them triggering once the protagonist celebrates her 21st birthday and reaches full adulthood.