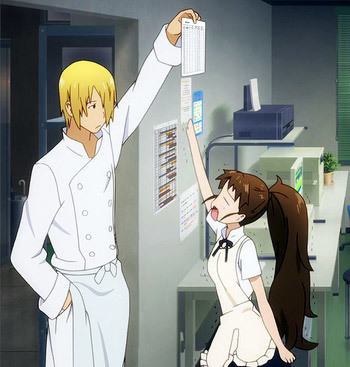 "I know I'm short! Stop rubbing it in!"
"I remember when everybody was my size. Boy, was that great! But then everybody started moving up, and there I was, stuck at four foot ten..."
— Connie, A Chorus Line
Advertisement:

Height has a lot to do with how someone interacts with the world. Since people base a lot of first impressions on appearance a height that contrasts with what someone wants to look can cause them to be angsty, which can be expressed in different ways. This can come in two forms:

Piglet is upset at being a small animal, and wishes to be bigger.

Piglet is upset at being a small animal, and wishes to be bigger.