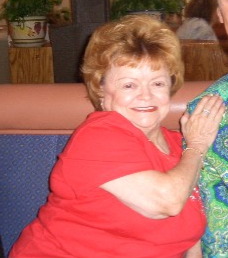 I think the greatest compliment that I could ever receive is when people say to me, "I forgot you were short," and that’s what it’s all about.
—Joan Quinn Profiles: Patty Maloney and Boze Hadleigh (March 24, 1994)
Advertisement:

The most famous, and probably longest-lived, actress with dwarfism, Patricia Anne "Patty" Maloney was born on March 17, 1936 in Perkinsville, New York. She has worked in various entertainment media since the age of 3, frequently appearing with the late Billy Barty in films and television.

Patty's best-known TV roles were Honk on Far Out Space Nuts, Chewbacca's son on The Star Wars Holiday Special and Darla Hood in the Hanna-Barbera animated version of The Little Rascals. Her film credits include Under the Rainbow, The Ice Pirates, and the 1991 film of The Addams Family. She also performed the role of the Cryptkeeper in HBO's critically acclaimed Tales from the Crypt.

Probably her oddest role was that of Rich Uncle Pennybags in the 1989 Monopoly pilot, running around the game board according to each roll of the dice.

A man who goes by the name of "Corahs Uncle" maintains a fan site.

She has no connection to either Bunny Maloney or Pinky Malinky. Nor should she be confused with Irish musician Paddy Moloney of The Chieftains.

Works with articles on TV Tropes: