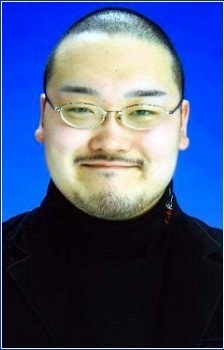 Yasuhiro Mamiya is a seiyū born in December 7, 1981 in Chiba prefecture, employed by Kenyu Office. He started out voicing mostly elderly characters but has since also voiced younger ones, usually comedic characters, as well. Has taken up several roles of Kazunari Tanaka and Osamu Ichikawa after the two's deaths, according to The Other Wiki.