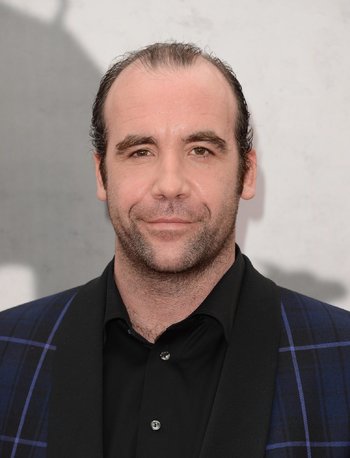 "There were times at the start of it all when I would be standing, terrified, in front of the cameras and people I considered 'real' actors. I had no idea what was happening, what the guy with the clipboard did, or if people in the studio were looking at me because it was their job to look at me or because they thought I was making a mess of things."
Advertisement:

He is best known for portraying Sandor "The Hound" Clegane in HBO's Game of Thrones.