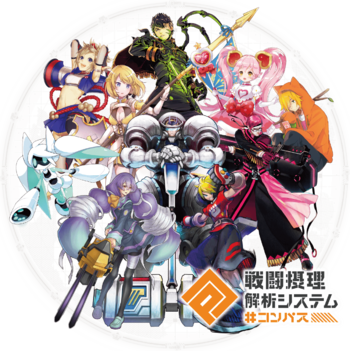 Advertised as a "Social Networking/Battle Game," players compete against each other in a 3v3 battle, in which teams fight against each other over 5 portal keys on the map. The team with the most keys under their control win. The game offers a variety of playable characters (also known as "Heroes") that are divided into four distinct roles: Attackers, Gunners, Sprinters, and Tanks. Each Hero comes with their own custom theme song made by a Vocaloid producer that plays during battle. Players also use cards to support and activate various attacks to gain an advantage over the opposing team. Outside of battle, players can upload posts, send friend requests, and hang out with other users in lounges.