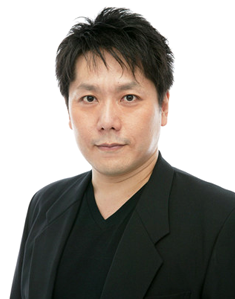 If you watch undubbed anime, you have likely heard his voice, but maybe not from a major character

This is voice actor Kazunari Tanaka (April 8, 1967 - October 10, 2016). A Kung-Fu and Judo-loving guy who was born the same year as these people, and walked hand-in-hand along with them through the Japanese voice acting business.

But why can't anyone outside of his industry remember him? This was because his roles were all...

You got it. His trade was being the Bit Player of voice acting—The Ultimate Everyman.

Sadly he passed away from a brain hemorrhage at age 49.

Here are the dudes that people noticed and literally have names:

While here are the titles where you may run into him from any and every corner:

Remember tropers, 'victory goes to the team that connects,' so don't you dare look down! 'Life' is a sport where you're always looking forward!