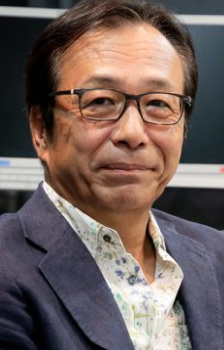 The name is Tanaka. Hideyuki Tanaka! (Please don't forget it)

Come to think of it, I've heard of this seiyuu...

According to The Other Wiki, Hideyuki Tanaka (田中 秀幸) is a veteran seiyū born November 12, 1950 in Tokyo, Japan. He is a graduate of the Toho Gakuen School of Music and is currently represented by Aoni Production.

Though not as well-known as others like Hirotaka Suzuoki, Akira Kamiya, or Tōru Furuya, Tanaka has been around ever since The '70s. He usually voices soft-spoken, mature male characters, Nice Guys or Team Dads, though he's not above of Playing Against Type if needed - just read the quote above!

Ah, Troper-san! Are you leaving Tanaka-san's TV Tropes page? I wish you good luck for the rest of your day!
Fufufu...