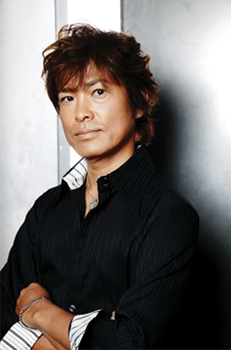 Rise up, my Cosmos!
Advertisement:

Tōru Furuya (born July 31, 1953) is one of the older seiyuus that, along with Akira Kamiya, triggered the second seiyuu boom. He is most famous for his role as the first Gundam hero Amuro Ray, and is almost as well known for voicing Pegasus Seiya in the classic Saint Seiya series, as well as Hyuuma Hoshi in Star of the Giants. He still continues working even now, maintaining his bishie voice... which can still be heard in Ribbons "Bad Amuro" Almark of Gundam 00. He uses the pseudonym 'Noboru Sougetsu' when doing Ribbons' voice, just so the fans could differentiate him from Amuro... but really, who would be fooled?

His first role was actually as a child actor in Ultraman! Even at over 60 years old, he still has the voice of a Bishōnen. Whoa.

He was once married to Mami Koyama; even after their divorce, they remained friends. He also was a close friend of the late Hirotaka Suzuoki.

Here he is in GPS form

Have you ever felt the true power of the tropes?
Wait a sec... you just described me! Not even my father described me!