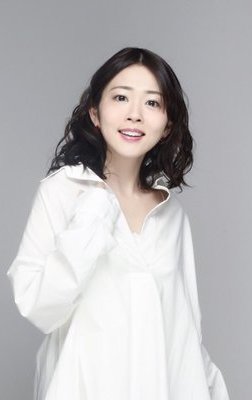 Misato Fukuen (福圓 美里) is a voice actress born January 10, 1982 in Tokyo, Japan. She is one voice actress that you should take notice of these days. Her forte is little girls; if not, she will play a little boy. Plucky Girls are also one of her typecasts. However, the first role that really got her a lot of publicity was playing Eve in Black Cat.

In 2004, she formed a vocal group called TAMAGO with fellow seiyuu Mai Kadowaki. She also co-hosts the radio of program of Nana Mizuki (Nana Mizuki Smile Game). Hideyuki Tanaka once trained her, and she looks for Fumiko Orikasa for inspiration.

Eeeh, this is the end of my page!? Happupuuu ~3~
... Wait, the page REALLY is ending!? YAMETEKUDASTOOOOOPPPP!!!!