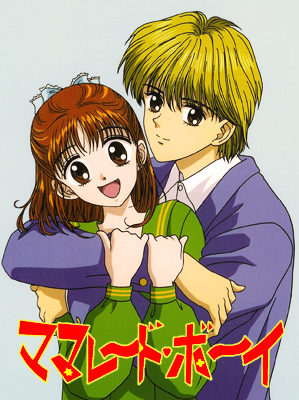 Miki Koishikawa's parents pull her aside one day after school to announce to her that they're getting a divorce. It seems that they met another couple on their recent trip to Hawaii, and hit it off so well that both couples want to divorce each other, swap partners, and remarry. Even more incredibly, the four want to all live together in one household... and the other couple have a boy Miki's age, the handsome Yuu.

Miki is dead set against the plan, but Yuu says that he's okay with it which makes her even more upset. The following day, Yuu enrolls at Miki's school. Miki has an accident in PE class and faints, and as she lays in the infirmary pretending to be unconscious, Yuu comes to check on her... and abruptly kisses her. Romantic Comedy-Drama ensues from then on, as Miki is confused over her feelings and Yuu doesn't exactly help with his behavior, while other suitors of them try to break off their bonds, and for worse they have to deal with both their budding "love" as well as handling their parents' eccentric behaviors.

Marmalade Boy (ママレード·ボーイ Mamarēdo Bōi) is a shōjo manga by Wataru Yoshizumi. It was published by Shueisha in the magazine Ribon from May 1992 to October 1995 and collected in eight tankōbon volumes. The series was adapted by Toei Animation as a 76-episode anime television series which aired on TV Asahi in 1994 to 1995. This was followed by a theatrical anime prequel movie in 1995, showcasing Yuu's reaction to the divorce and the first time he saw Miki. The series was also adapted as a 30-episode live-action television series that was broadcast in Taiwan in 2002.

Now has a Sequel Series titled Marmalade Boy Little that follows Miki's and Yuu's half sister and brother.

Individual tropes should go to their Character Sheet.

Example of:
Watch Out for That Tree!