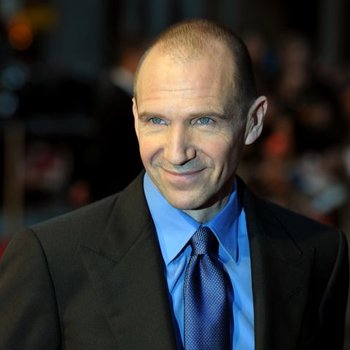 "I don't plan a career. That doesn't work for me. I just have to go with my gut."
Advertisement:

He gained much prominence after his breakout roles in Schindler's List and The English Patient. He has also shown up as a lead actor in foreign-language films, such as the 1999 Hungarian movie Sunshine, and later took on roles with considerable mainstream exposure such as Lord Voldemort in the Harry Potter films and Gareth Mallory (the replacement of Judi Dench as M) in the James Bond movies, starting with Skyfall for the latter.

In 2011, he directed a critically acclaimed modern-day adaptation of Coriolanus starring himself alongside Jessica Chastain and Gerard Butler, Vanessa Redgrave and Brian Cox.

Oh, and his name is pronounced "Rafe Fines".