M is an officer at the head of MI6 and James Bond's boss.

open/close all folders
The Character in General
Advertisement:
Literary 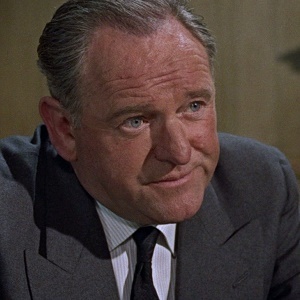 "When you carry a 00 number, you have a licence to kill, not get killed."

Appearances: Dr. No | From Russia with Love | Goldfinger | Thunderball | You Only Live Twice | On Her Majesty's Secret Service | Diamonds Are Forever | Live and Let Die | The Man with the Golden Gun | The Spy Who Loved Me | Moonraker

The first M in the film series. 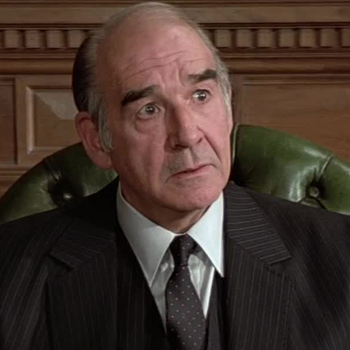 Appearances: The Spy Who Loved Menote as he's possibly a promoted Admiral Hargreaves | Octopussy | A View to a Kill | The Living Daylights | Licence to Kill

The second M in the film series. 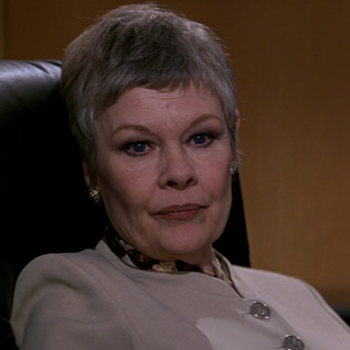 "If you think I don't have the balls to send a man out to die, your instincts are dead wrong. I've no compunction about sending you to your death. But I won't do it on a whim."

The third M in the film series, in the Pierce Brosnan Bond era. 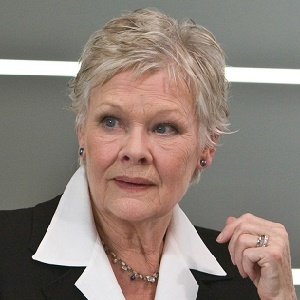 "Christ, I miss the Cold War!"

"I suppose I see a different world than you do, and the truth is that what I see frightens me. I'm frightened because our enemies are no longer known to us. They do not exist on a map, they aren't nations. They are individuals. And look around you - who do you fear? Can you see a face, a uniform, a flag? No, our world is not more transparent now, it's more opaque! It's in the shadows - that's where we must do battle."

Technically the fourth M in the film series, as she's still played by Judi Dench (the sole remaining cast member to carry over from the Brosnan era), but this time in the era of Daniel Craig's Bond, which is a Continuity Reboot. 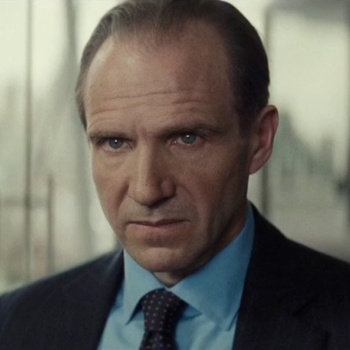 "There’s no shame in saying you’ve lost a step. The only shame will be in not admitting it until it’s too late."

"Have you ever had to kill a man, Max? Have you? To pull that trigger, you have to be sure. Yes, you investigate, analyze, assess, target. And then you have to look him in the eye. And you make the call. And all the drones, bugs, cameras, transcripts, all the surveillance in the world can't tell you what to do next. A licence to kill is also a licence not to kill."

The Chairman of the British Parliament's Intelligence and Security Committee and formerly a Lieutenant Colonel in the SAS, Gareth Mallory got promoted as the head of MI6 following the death of the previous M (Olivia Mansfield).