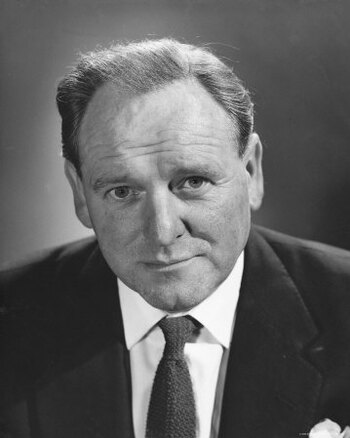 He made a long career of playing authority figures, and is best remembered as the first actor to play James Bond's boss M in the Eon Productions film series, appearing in all of the first eleven films from Dr. No to Moonraker. He remains the longest serving M, and is the third-longest-serving actor in the series overall after Desmond Llewelyn (Q in seventeen films) and Lois Maxwell (Miss Moneypenny in fourteen films).

He passed away from stomach cancer on 16 January 1981, six days after his 73rd birthday.