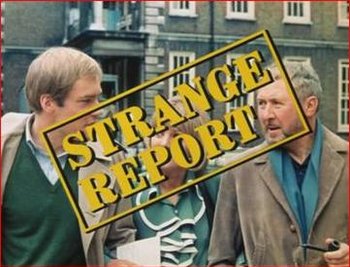 Strange Report was a British TV crime drama series that aired on ITV from 1969-1970. Co-produced by Norman Felton's Arena Productions.

The show was made with backing from NBC, and it was planned that the show would move to the United States for its second season, but Quayle and Wills did not want to do this, so the show came to an end after one season.