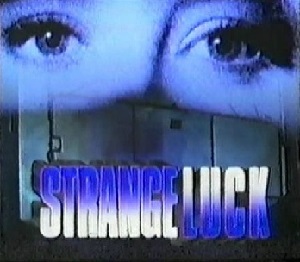 People say I'm...lucky. It all began in a plane crash thirty years ago. One hundred and six lives ending in a single heartbeat. No one survived... except me.
— Chance Harper
Advertisement:

Strange Luck was a short-lived television series that aired on the FOX Network in late 1995 through early 1996. It starred the very likable D.B. Sweeney as Chance Harper, a freelance photographer whose life consists of a freakish string of bizarre coincidences that always put him in the wrong place at the right time.