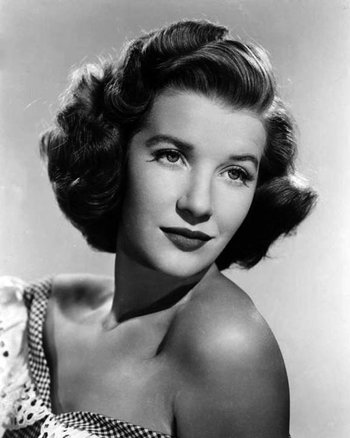 Her most iconic role was Miss Moneypenny, the sassy and snarky MI6 secretary who has an Unresolved Sexual Tension with James Bond. She had small but fondly remembered appearances as the character in the first 14 movies of the series without interruption, over 23 years starting with Dr. No and ending with A View to a Kill, opposite Sean Connery, George Lazenby and Roger Moore. She was friends with the latter when they studied at the Royal Academy of Dramatic Art in the UK in the late 1940s — both of them also appeared in The Saint and The Persuaders!, and both retired from the James Bond series with the same film.

She won the Golden Globe for Most Promising Newcomer for her role in That Hagen Girl (1947).