Literature / The Facts of Death 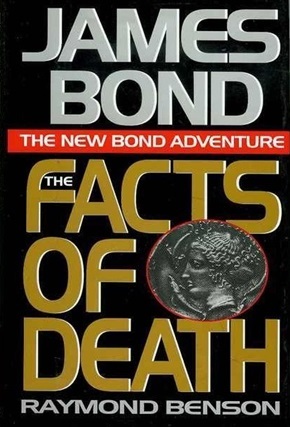 The third James Bond novel (the Novelization of the film Tomorrow Never Dies being the second) by Raymond Benson, published in 1998.

Several chemical attacks has been carried out against Brits in Cyprus by a perpetrator dubbed as the "Number Killer", due to the painted numbers left into the scenes of the crime. Bond, who was part of the initial investigation, becomes fully involved when one of these attacks take place in London, and he ends up against an organization called Decada, which seeks to end the Turkish Republic of Northern Cyprus.