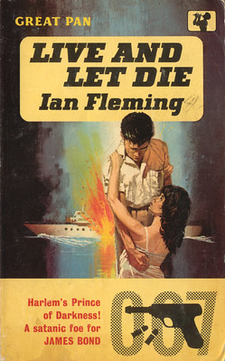 Upon returning from leave after the events of Casino Royale, Bond is dispatched to New York City to investigate the sudden appearance of smuggled gold coins in Harlem. The case later takes him to Florida and then Jamaica, and pits him against the Harlem crime boss Mr. Big.

The novel would later become the basis of the eighth Bond film and parts of it would later be incorporated into For Your Eyes Only and Licence to Kill.