Character Aged with the Actor 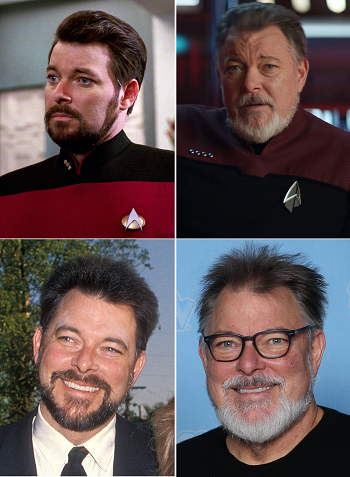 An old franchise comes back after many years, but, of course, now the actors are all older. Instead of recasting or making the actors up to look younger (or using Digital Deaging), it's decided to acknowledge how much time has passed and just have the characters be that much older.

The writers may lampshade this by having the hero make a comment like "I'm getting too old for this," or may even have the entire plot of the story revolve around the characters dealing with how much older they've gotten.