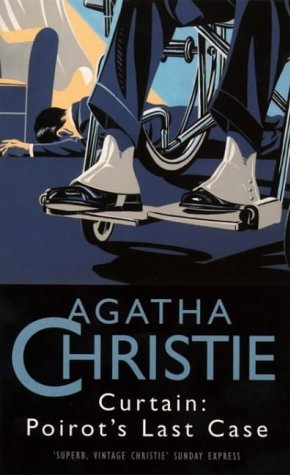 Curtain: Poirot's Last Case is a 1975 novel by Agatha Christie, and the final story to feature the detective Hercule Poirot. It was published in the United Kingdom by the Collins Crime Club. The novel was written by Christie in the 1940s and locked away, as she was unsure of her own survival and wanted a proper conclusion for Poirot. She authorised its release shortly before her death.

The novel returns to the same location as The Mysterious Affair at Styles, Poirot's first story. The elderly and crippled Poirot tells his old friend Arthur Hastings that one of the guests at the house is a serial killer, whom he calls "X", and he must act quickly to thwart the killer of their prey before it is too late...

In 2013, ITV adapted the story for the thirteenth and final season of Poirot. Tropes unique to the adaptation are listed there.