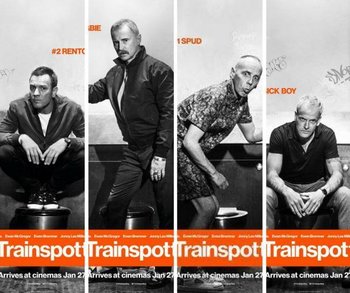 T2 Trainspotting is the 2017 sequel to 1996's Trainspotting, reuniting director Danny Boyle, writer John Hodge and much of the core cast.