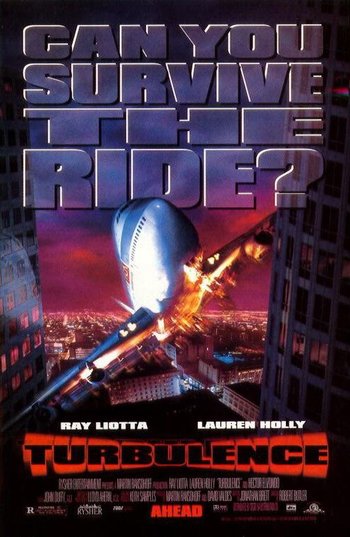 Ryan Weaver (Liotta) is arrested for a murder that he says he did not commit, and must be transported to Los Angeles to face trial. He and another prisoner, Stubbs (Gleeson) are escorted by four US marshals on a Boeing 747 on a commercial flight that, even though it is Christmas Eve, is nearly empty, with only 11 people on board.

During the flight, Stubbs breaks free and begins a shootout with the marshals. Amidst the chaos, and before Stubbs ends up shot dead himself, both the pilot and co-pilot are killed and a stray bullet puts a hole in a window. Because of the death of the pilots, Teri Halloran (Holly), a stewardess, makes her way into the cockpit and learns she is the only one left capable of keeping the 747 from crashing. To make matters worse, the plane is heading for a Category 6 storm.

Meanwhile, Weaver, who freed himself during the shootout, unsuccessfully attempts to save the last remaining marshal and appears to be horrified by the ordeal, increasing the passengers' trust in him. However, his behavior becomes increasingly erratic, having severe nervous breakdowns, and seemingly not being after all the nice guy he said to be...

The film did well enough on home video to become a trilogy with two new Direct to Video sequels. They are Turbulence 2: Fear of Flying (1999) and Turbulence 3: Heavy Metal (2001), each with a different cast.