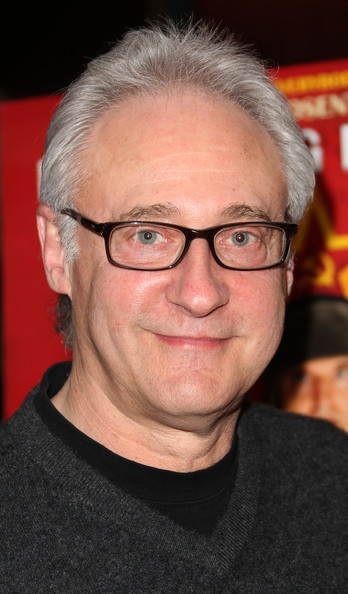 "I think it's the business part of the word show business that causes me the most concern."
Advertisement:

Brent Jay Spiner (born February 2, 1949 in Houston, Texas) is an American actor best known for his role as the pale-skinned android Data in Star Trek: The Next Generation.

By sheer coincidence, Spiner began his acting career the same way fellow Star Trek alumnus William Shatner did: in the theater. Thanks to his inspirational drama coach, Cecil Pickett (who also launched the careers of Dennis Quaid, Trey Wilson, Robert Wuhl, and Thomas Schlamme), Spiner launched into an early career of professional theater after completing high school and college, performing in on- and off-Broadway plays like "A History of the American Film" and "Leave It to Beaver is Dead." People remember him most for his role of Data, but Spiner has also had an extensive career in other television series, ranging from science fiction to comedy to romance, to animation, even to children’s films.