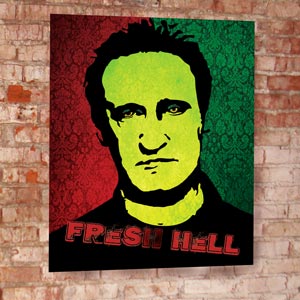 is a Web Video Series starring Brent Spiner (yes, that one) as a parody of himself. After some unspecified incident that left him more hated than O. J. Simpson, he's now washed up and all but forgotten except as an object of hatred or the butt of countless jokes.

An unconventional actress named Dakota moves in next door, and Spiner takes it upon himself to mentor her (partly because he enjoys the way she fawns over him, and partly because of some slim hope that she has sufficient contacts to help him get his career back off the ground again).