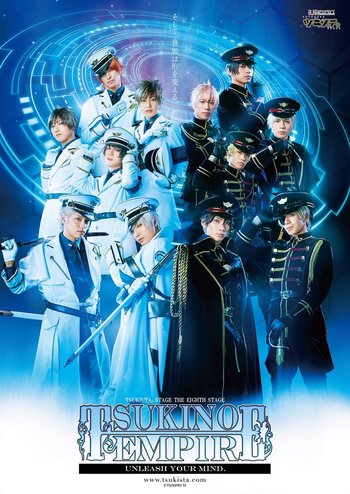 Unlike the drama CDs and anime, the stage plays show the characters in fantasy situations - sometimes Trapped in Another World, sometimes full out Alternate Universes - with elaborate costumes and surprisingly deep worldbuilding.Though they are, essentially, episodic, and most of the fantasy episodes deal with different worlds and aesthetics, some themes and threads of how the magic works are consistent throughout the series.

Each production features a play in the first part, and a dance live in the second part, in which the cast performs their songs as idols, and interacts with the audience.

A spinoff Girls' Side series Megasta (Megami (goddess) Stage) starring the members of Fluna and Seleas was started in April of 2021.

The final performances of each production are filmed for bluray releases. An official English-subtitled preview video can be seen here

Tropes appearing in the stage plays in general: 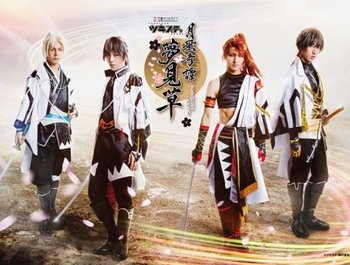 The middle (nenchuu) pairs are preparing to make their stage debuts in a play called Yumemigusa, a fantasy story based on the Shinsengumi, when suddenly, they are pulled into another world. In that world, they are the Shinsengumi, and Arata or You (depending on the version) is Okita, dying of a disease. All twelve members have been summoned to this world that is on the brink of its end, in order to give him a chance at life in a peaceful world. But the idols might just have the key to saving that world... 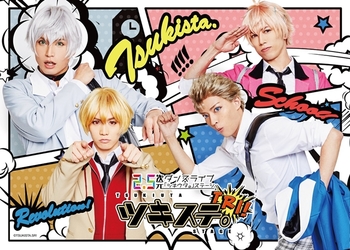 Shironencho and Kuronenshou were featured characters for this play
An Ordinary High-School Student in a rural town, unsatisfied with his boring life, decides to invite idols to his school in order to liven things up and lessen the students' anxieties about graduation.This play was unusual for the series in that the Six Gravity and Procellarum version were completely separate plays, with completely separate stories and different original characters.

The dance live setlist featured a variety of solo songs, with backup from members of the same units. 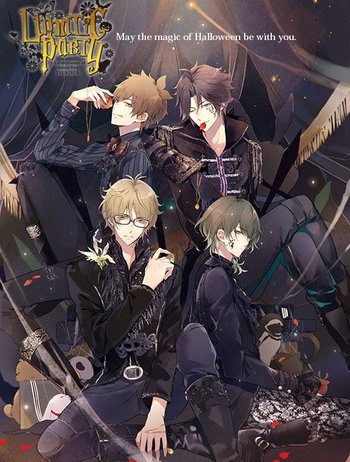 Featuring Kuronencho and Shironenshou
In the middle of their Halloween party, Six Gravity and Procellarum find themselves transported to the Magical World, where they are told that they have to recover a set of magical crystals in order to be released. And their dorm pets are along for the adventure with them - in human form!

The dance live setlist featured the 2014 duet songs, some of which were performed during the play itself. 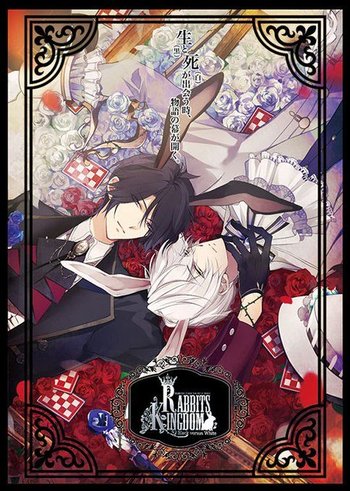 Featuring the Leaders
An alternate universe, where the members made up the royal courts of two kingdoms of rabbits. 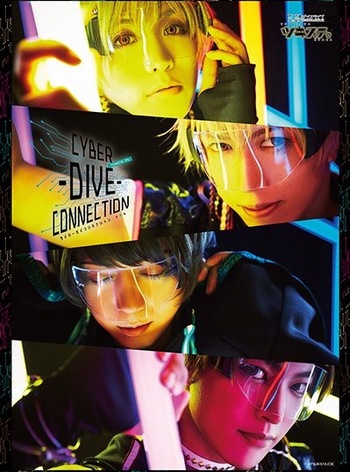 A Space Opera AU that first appeared in the pamphlet and art set made for Animate Girls Fest 2015.In a world where mysterious sentient spaceships are attacking humanity, it seems that the end of the world has come. But then, humanity is saved when defectors from the attacking fleet decide to help them. Taking the form of Bond Creatures known as Shinjuu, these powerful beings bond with selected humans, giving them the power to fight back against the invasion. The only people capable of partnering with the highest level Shinjuu are Imperial Prince Shun, and Admiral Mutsuki Hajime, a mysterious man who appeared suddenly with no apparent background...

The dance lives had two different setlists, one featuring the 2014 duets (for the first time with the four new cast members), the other featuring the ED songs from the first anime season. 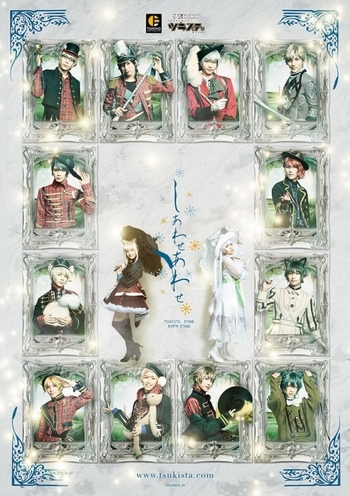 The members of Gravi and Procella are doing photoshoots for the 2018-19 Tsukipro Shop in Harajuku Fairy-Tale theme, when Reina and Tsubaki from the fairy tale world reverse-Suttenkororin into their world. The two cat witches are seeking happiness, and they prompt a discussion among the boys about what that really means. Features are the October and November representatives from Procella and SeleaS.