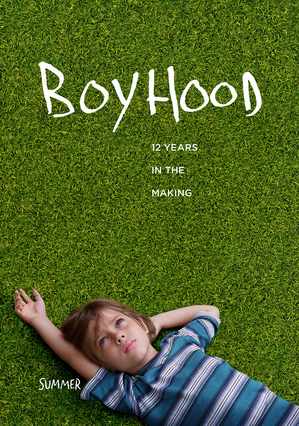 It tells the story of Mason, a six-year-old boy from Texas with a Dysfunctional Family. Along with his biological parents Olivia and Mason, Sr., we follow Mason as he goes through school, gets in trouble, falls in love and eventually leaves for college.

The film is notable for taking the Coming-of-Age Story to its logical extreme—rather than use Time-Shifted Actors, the film was shot over the course of twelve years, so we get to see Mason (and the rest of the world) grow up before our eyes.