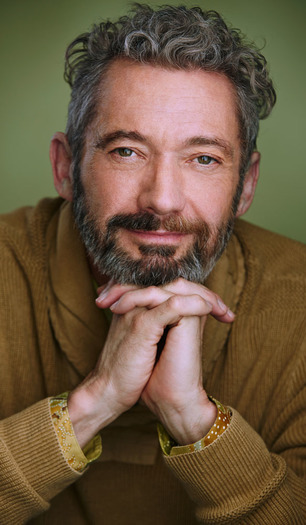 The son of B-movie actor Robert Clarke, Cameron Arthur "Cam" Clarke (born November 6, 1957) is...well, he's kinda hard to track. Suffice it to say that if you watched cartoons at all in the 1980s or 1990s, you've probably heard his voice at least once. Often cast as young boys and teenagers, he is probably best known as alternately the voice of Leonardo in the original Teenage Mutant Ninja Turtles animated series that ran from the late 80s until about the mid 90s, and the voice of Max Sterling in Robotech in the mid 80s, though his voice work in video games have arguably come to eclipse these earlier break out roles.

His anime roles are less notable, but he's played some minor characters in both Bleach and Naruto as well as Lancer in, again, Robotech. He was also the voice of Liquid Snake and Kratos (Aurion). He contributed to another beloved 80s property, He-Man And The Masters of the Universe, when he played the lead role of He-Man/Adam in the 2002 remake of the cult favorite. Also provides the voice for Simba in most of The Lion King spin-off material. Disney Dossiers fails to credit him in their profile for Simba, though.

He released a CD in 1999 called Inside Out, which covered a number of songs, reworking them to be sung from a gay man's perspective. The covered songs are otherwise surprisingly faithful to the original versions, though whether this makes them good or bad, well... (Example: He makes "I Will Survive" less camp.)