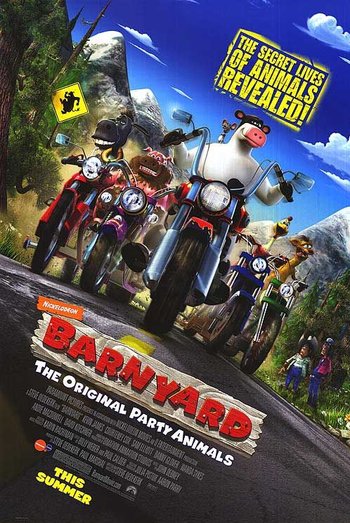 Otis is a party animal cow, one of many barnyard animals who hide their walking and talking lifestyle from humanity. Ben, the leader of the barn and Otis' father, is constantly assuring his son that he'll have to shape up and improve his attitude one day. Sure enough, one night of irresponsibility leads to Ben's death at the hands of the evil coyote Dag and his pack. With Otis elected as the new leader, he must look out for all the other animals and struggle with accepting responsibility for others, all while coping with the developing feelings he has for the newest addition to the barnyard, Daisy, a pregnant cow.

The film served as the Pilot Movie for Back at the Barnyard, which premiered the following year.