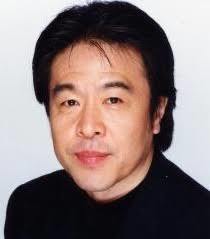 One of the most veteran seiyu of all time. Kōji Totani (born July 12, 1948) was the go-to guy for "tough" characters, be they badasses or not. His roles could sometimes overlap into Large Ham territory as well. He usually voiced villains, and could coarsen his voice if necessary.

Unfortunately he died of acute heart failure in 2006. His last role was that of a minor character in a Naruto special.

Not to be confused with Kouji Tsujitani, but guess what, he is survived

by a son, an actor named Kimito Totani, who is known for playing Daiki Kaito in Kamen Rider Decade.