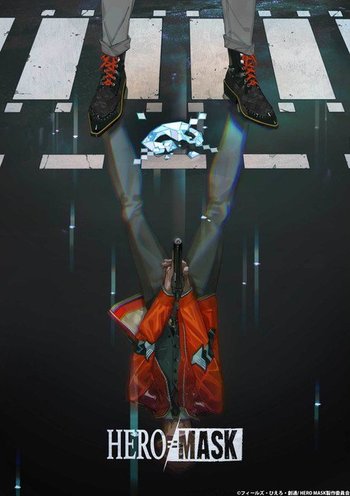 When the headquarters of the SSC, an elite high-tech police organization, is assaulted by a lone man who should be dead... they learn of the existence of strange masks that grant the users unnatural power. Meanwhile, attorney Sarah Sinclair secretly investigates the mysterious death of her friend and mentor, prosecutor Monica Campbell, suspecting her sudden death from "natural causes" was in fact murder.

Hero≠Mask is an original anime by Studio Pierrot distributed by Netflix, premiering on December 3, 2018. The second season was released on August 23, 2019.

The production crew has said that while HM is only for two seasons, it's possible to have a continuation, but only from the perspective of another character or group.