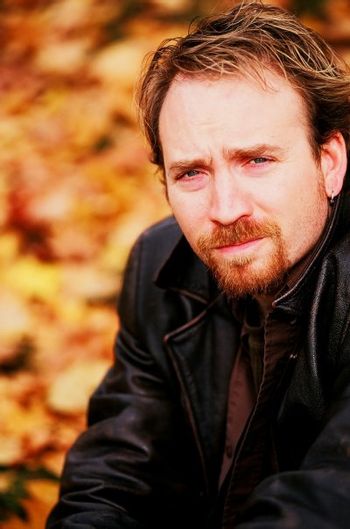 Trevor Devall (born November 10, 1972) is one of the various voice actors who worked for The Ocean Group, in Vancouver, British Columbia, Canada before moving to California in 2013 (as a result there might be the case of him being darrin'd if a project with a character he voiced gets dubbed by The Ocean Group).

Trevor has performed various anime roles, most notably Mu La Flaga of Mobile Suit Gundam SEED. Other anime roles include Mukotsu of Inuyasha's Band of Seven, Aizawa and Midou in Death Note, as well as the multiple faces of Alpha Q and all Terrorcon drones on Transformers Energon. In prelay animation, he has provided the voice of Pyro on X-Men: Evolution. He also voiced Hermiod on Stargate Atlantis and Rocket Raccoon in the Guardians of the Galaxy (2015) cartoon (and in the character's second appearances on Ultimate Spider-Man and Avengers Assemble)note He also voices several other characters, including Black Bolt and Fandral, as well as Hoity Toity, Fancy Pants, an auctioneer, Iron Will, a film announcer, and Thunderlane in My Little Pony: Friendship Is Magic.

He produced his own podcast, Voiceprint with Trevor Devall and guests, where he interviewed fellow voice actors (mostly from the Vancouver pool, as well as Vic Mignogna, James Arnold Taylor, Kyle Hebert, and David Kaye after he moved to the United States in special episodes) and answered questions from fans. It's currently defunct, since he has plan to continue it somehow in California. In the meantime, you can listen to all the episodes on his website

Trevor also runs a solo tabletop RPG Actual Play series called Me, Myself and Die!, in which he plays the roles of host, GM, and an entire cast of randomly-generated characters, as he explores a world and narrative generated on the fly. Me, Myself and Die!

is currently on its second season.

As of April 5, 2021, he's confirmed that he's a dual national of America and Canada.

Other notable roles voiced by Devall include: