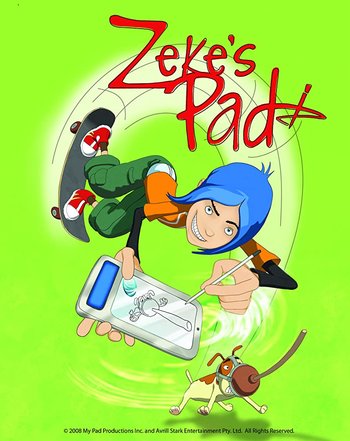 Zeke's Pad is an animated TV show and is a Canada–Australia co-production between Bardel Entertainment, Flying Bark Productions, Star Farm Productions, and Leaping Lizard Productions in association with Seven Network and YTV.

Zeke Palmer is an imaginative artist and skateboarder who lives with a weird and wacky family. His Pad is an amazing electronic gadget that is a mobile phone, PDA, GPS, MP3 player and a drawing tablet all rolled into one. Zeke's pad has a unique glitch: anything he draws comes to life. Being a creative artist that he is, Zeke is constantly drawing and making his drawings come to life. But he learns that for every action there is a reaction, and things don't turn out the way he imagines.