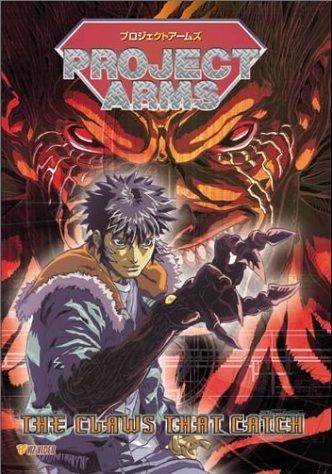 Ryo Takatsuki is an Ordinary High-School Student who, when he was young, was in a serious car accident. The doctors were unable to save Ryo's arm, and were forced to replace it with a strange new prosthetic. While his new arm does appear to possess some odd abilities, Ryo thought nothing of it for years until he was attacked by Hayato Shingu, a recent transfer student to his school. After fending off Hayato with some self-defense techniques his dad taught him, Ryo discovers that Hayato's left arm is a cybernetic entity known as ARMS. Even more world-shattering, is that Ryo's right arm is also an ARMS. After some initial misunderstandings, Ryo and Hayato realize that they were tricked into fighting each other by an organization known as the Egrigori, who hopes to destroy those who are implanted with ARMS.

Ryo, Hayato, and Ryo's girlfriend Katsumi are able to track down the other ARMS teens, Takeshi Tomoe and Kei Kurama, all the while pursued by the Egrigori. Things take a turn for the worst when Katsumi is apparently killed, and Ryo discovers firsthand the ARMS true power: each contains an AI entity capable of mass destruction. Ryo and the other ARMS teens must find Katsumi and stop the Egrigori before they can kill the ARMS teens and the last hope the world has!

Unrelated to the Wild ARMs series or the Nintendo Switch game ARMS.