Born as an Adult 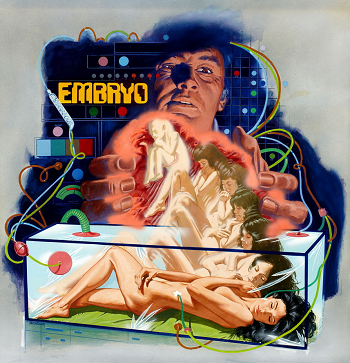 When a creature or species essentially comes into the world in an adult body. This may result from the creature having been deliberately created by someone else, or it just may be the way their species works. A given for robots (aside from the occasional Robot Kid), as they are not technically "born", they are built.

Such a character is potentially subject to Merlin Sickness — being born old but then proceeding to age backwards. It's also possible that the character Really Was Born Yesterday.

Sub-Trope of Younger Than They Look.

When PinkAru blooms from the lotus flower, she is already a fully-formed six year old.

When PinkAru blooms from the lotus flower, she is already a fully-formed six year old.