Literature / The Color of Distance 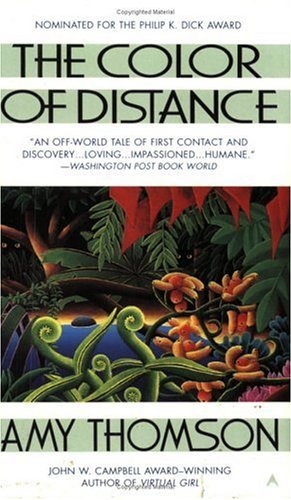 The Color of Distance and Through Alien Eyes are Science Fiction novels by Amy Thomson.

Biologist Dr. Juna Saari is stranded in the dense rainforests of an alien world. With no hope of survival on her own, she must brave many changes and work closely with the native Tendu species, breaking every rule about First Contact along the way.

In the sequel, she has the unenviable task of bringing two Tendu to Earth and with them trying to find a way to bring their very different worlds into harmony.

The Color of Distance and Through Alien Eyes contain examples of: