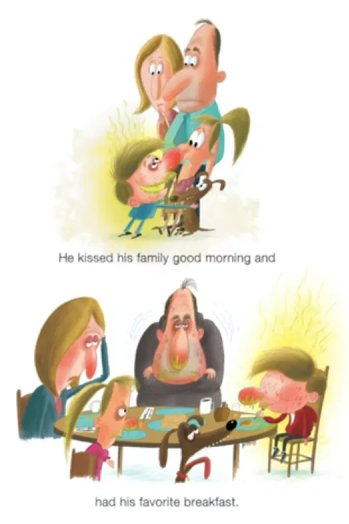 In the world of fiction, illnesses always progress as quickly as a heart attack. A person feeling ill will drop down within minutes of the first signs of an illness. Similarly, only hours or minutes remain for an antidote to take effect. To be fair, many diseases have a very fast progression (septicemic plague, for example, was described in Medieval writing as "the man coughs at dawn, takes to his bed at noon, and is dead by sundown.") but this trope is about diseases that move unusually fast (i.e. at the speed of plot).
Advertisement:

This unrealistically speedy disease progression, apart from the need to squash a 24-hour or week-long disease into the 1 or 2 hours you can keep viewers interested, is motivated by the Rule of Drama: Nobody cares about an illness that takes weeks to develop.

Surprisingly, there are some cases in medicine where this is Truth in Television, but most of the time it applies to chemical exposure or poisoning, rather than infection with bacteria, viruses or fungi. Parasitic infestations can also take on extremely quickly depending on the particular nasty that's decided to make your body its home.

See also Relationship Compression, Travelling at the Speed of Plot, and Transformation at the Speed of Plot. See also Jumping-to-Conclusions Diagnosis for when a character is sent to bed after showing only a hint of possible symptoms, which often overlaps with this trope. Contrast Soap Opera Disease and Victorian Novel Disease.

When she says Singeritis spreads fast, she REALLY means it!

When she says Singeritis spreads fast, she REALLY means it!