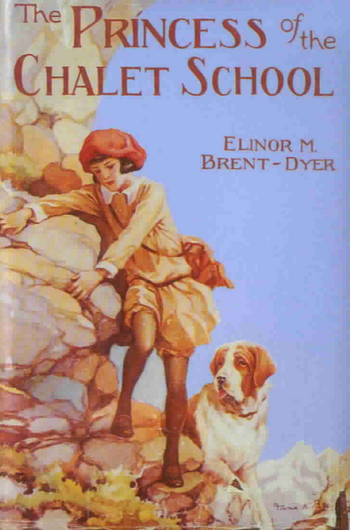 A series of books by British novellist Elinor Brent-Dyer. Set in a boarding school for girls in Austria, Guernsey, Wales and finally Switzerland, as the Nazis spread across Europe.
Advertisement:

Features a cast of thousands by virtue of having over sixty books and spanning almost three generations of the family.

Madge Bettany and her ill girl sister, Joey, are faced with poverty when their brother Dick takes a new job in India. Madge decides that a finishing school for girls, in Austria, will be the best cure for their money woes and for Joey's health. Starting with a small number of students in the eponymous Chalet, the school teaches in English, French and German. Could very well be a trope codifier for the boarding school series.

A character sheet is currently in progress.

The Chalet School and the Tropes: