Literature / Children of the Red King 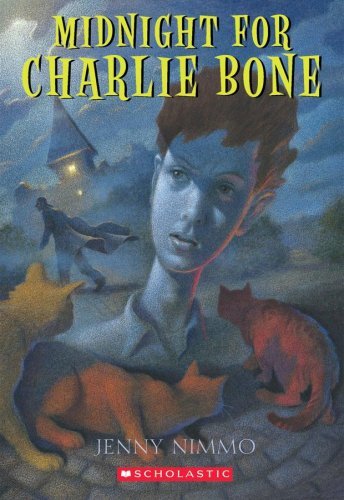 Children of the Red King is a series of fantasy novels by Jenny Nimmo which first began publishing in 2002. They describe the adventures of Charlie Bone.
Advertisement:

The series begins with Charlie Bone accidentally getting the wrong photograph from the photo developer... And discovering that he can hear people talking in the photo. While he is perturbed at this development, his grandmother and great aunts inform him he has magical abilities and enroll him in Bloor's Academy where he becomes part of the music department (because of his supposedly dead father, who played the piano). At Bloor's, Charlie makes new friends, encounters strange magic, and learns all about the history of his Big, Screwed-Up Family.

There was also a spin-off series released in 2011, chronicling the story of the Red King and his family.

open/close all folders
Main Series
Chronicles of the Red King