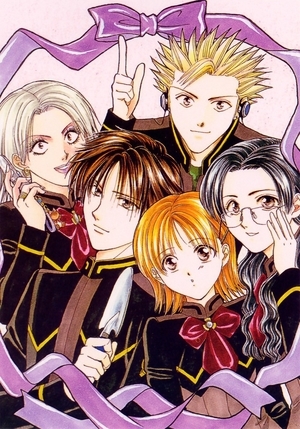 Imadoki! ("Nowadays!") is a manga by Yuu Watase. It ran in the shoujo magazine Shoujo Comic from 2000 to 2001, and was collected into five volumes. The manga is licensed in English by Viz Media.

Stubbornly cheerful country girl Tanpopo moves to Tokyo to attend high school, but has trouble fitting in among her rich classmates. In an attempt to change the school's social hierarchy, she starts the Planting Club (despite live plants being banned at school), and through sheer persistence manages to win over some of her classmates, like popular but cold Koki Kugyo and ambitious, insincere Tsukiko Saionji.