Manga / I'm a Royal Tutor in My Sister's Dress 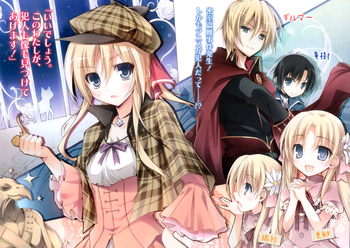 Ordinary boy Sherlock Doyle finds that his genius sister Glinda has abandoned her post as a royal tutor and that unless he takes her place, they could both be executed. He finds himself having to teach maths to the king's five young children, while attempting to stop anybody finding about his true gender.

I'm a Royal Tutor in My Sister's Dress provides examples of: