Literature / The Colour Out of Space 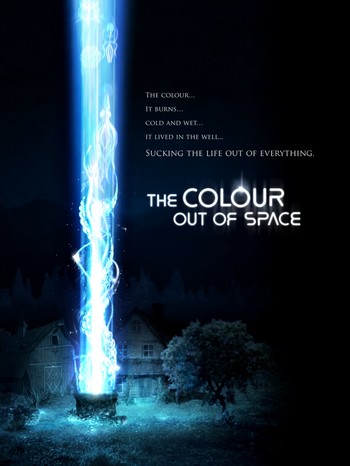 A story from 1927 by H. P. Lovecraft inspired by Arthur Machen's "The Novel of the White Powder" (from the novel The Three Imposters). The story is first told from the perspective of a property investigator visiting the town of Arkham who is surveying prospective sites for a new reservoir. Eventually he starts asking about the mysterious "blasted heath" which the people had been trying to avoid talking about for the entire time. Eventually he finds Ammi, an old man living near the heath, who is willing to explain what happened there and why absolutely nothing can live on that burgeoning plot of land...

The story then shifts perspective to Ammi who tells about how the Gardner family found a meteor that had crashed to earth one night and the horrific things that arose because of that.

The story is one of several of Lovecraft's that received an audio drama adaptation from the Atlanta Radio Theater Company. Strange as it may seem, elements of this short story surface in the video game Maniac Mansion. It also received a manga adaptation by Gou Tanabe alongside some of Lovecraft's other stories.

It has inspired some films: