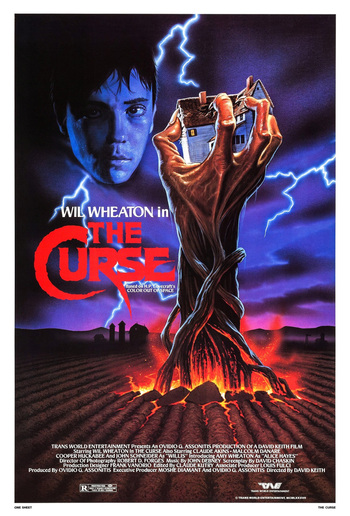 The Curse (also known as The Farm) is a 1987 American horror film adaptation of H. P. Lovecraft's The Colour Out of Space, directed by David Keith. It stars a young Wil Wheaton as Zack Crane.

The plot in general is similar enough to that of the novel.

This film is cursed with: