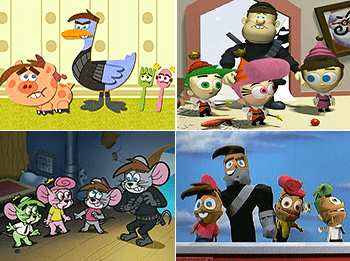 The places we live, work and play in have an effect on us. These environments change us.

And in fiction, we mean this literally.note (Because in real life, it's far likelier that we're the ones changing the environment to suit our needs.) Maybe the region is deeply infused with magic, or perhaps the universe itself has a different set of natural laws — either way, these rules are strictly enforced, and living in (or sometimes even just visiting) this place changes you, be it mentally or physically, and often not in subtle ways.