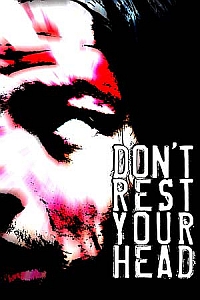 is an Urban Fantasy and Horror Tabletop RPG created by Fred Hicks and produced by Evil Hat Productions.

The premise of the game is that the Protagonists are people who, for various reasons, have been unable to sleep for a long time, and they begin to see the extra doors and windows that lead to the Mad City. The Mad City is a strange, twisted place where Nightmares walk in the ever present night and lost things end up. The Protagonists must deal with these Nightmares, most of whom would love to taste their Awakened flesh and souls, to complete their personal journeys.

While often compared to an extremely creepy Alice in Wonderland, the specifics of the game, particularly some of its Nightmares, are probably closer to a deranged version of The Phantom Tollbooth. The author himself notes strong influences from and similarities to Neverwhere and Dark City.

The game heavily emphasizes role playing over mechanics, encouraging to roll only for conflicts and to settle them in a single roll when possible. This is largely because almost any roll has a chance of influencing the Protagonist's few stats and leading to self destruction.

The game mechanics use a dice pool system that incorporates three different colored dice for the protagonists to represent their three stats: Discipline, Madness and Exhaustion. The Game Master uses only a single color of dice for the only stat of all Nightmares and obstacles: Pain. Any dice rolled three or under counts as a success, which are added up, but whichever color comes up highest dominates the scene, creating separate effects (which are almost always bad) depending on which color is dominant. The two effects are separate and have separate effects, almost always bad. This leads to Protagonists slowly wearing themselves down to the point of death, collapse (a Fate Worse than Death), or becoming a Nightmare (a fate even worse) even as they become more powerful.

Protagonists also have two special abilities: Exhaustion abilities, which describe some mundane action they can do exceptionally well and Madness abilities, which let them do something literally impossible.

Protagonists are encouraged to take narrative control over how they succeed and what they do.

As of yet one supplement to the game exists: Don't Lose Your Mind, which describes in more depth how to use Madness powers and a great deal of examples to use. It also has some suggestions and alternate rules to crank it Up to Eleven.