Literature / An Elegy for the Still-living 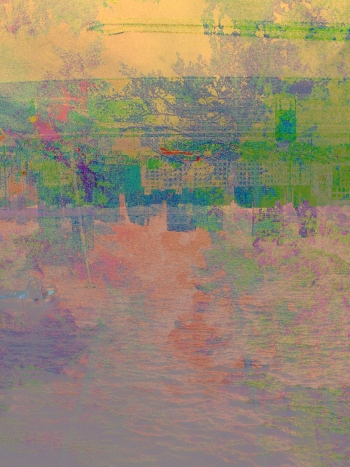 Fog cluttered the air like autumn leaves on a forest floor, or the many pages of an unfinished book. The sun had already begun to set, and evening chased her tail. Shadows loomed, large and small, concealing creatures of dreams that hid within the fog.
Advertisement:

Like the demented cross between Alice in Wonderland and the works of Stephen King that it is, An Elegy for the Still-living can't quite settle between dream and nightmare.

We open on an unnamed country store shrouded in fog. A man emerges. He walks with a limp and reveals nothing of his nature. He is Francis Church, and to call him the hero of this story would be missing the point. Soon a storm falls, and it destroys everything but him. Left alone in a wasteland of blank canvas, he begins to wander.

It quickly becomes clear that Francis may not be entirely sane, and the world he travels through may exist only in his head. Characters appear from nowhere and carelessly move between philosophical debate and pun-making. For a while the story begins to fall into normal fantasy conventions, albeit twisting them into odd shapes. Then a man calling himself Robin Goodfellow tells a couple of jokes and pushes Francis off a cliff.

Simultaneously an existential dialogue and a wacky fantasy adventure story, Elegy manages to deconstruct the hero's journey, perform a multilayered metafictional sleight of hand, and cut straight into the darkness at the heart of man.

An Elegy for the Still-living has examples of: