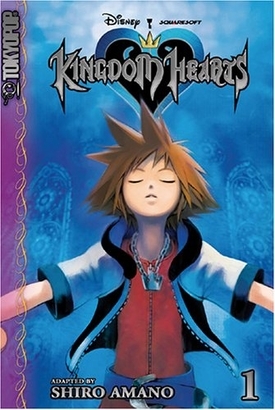 Shiro Amano's manga adaptation of the popular video game. Focuses more on comedy, though. It was originally released in four volumes (which was translated into English by Tokyopop), then the Final Mix version came out, and became three. As of 2013, the Final Mix version is available in English, re-translated by Yen Press and released completely in two volumes.
Advertisement:

Unlike the manga adaptations for the other games, Kingdom Hearts is read from left-to-right, as per Western tradition.