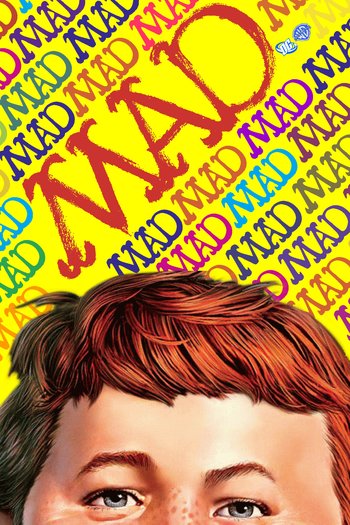 "When it comes to quality entertainment, it takes a little personality, a lot of popularity, and a touch of class.
...and when you don't have that, you can always make fun of the ones that do!"
— Cartoon Network promo
Advertisement:

An animated parody show created by Warner Bros. Animation, based on the iconic humor magazine MAD. Much like the magazine, MAD the TV series presents parodies of movies, TV shows, and pretty much anything currently happening in life and in pop culture. Each parody is rendered in a different style of animation, and few of the sketches last for more than a minute. Also, you get animated Spy vs. Spy and Don Martin shorts. Basically, it's either a less line-crossing version of Robot Chickennote Veteran Robot Chicken writer Kevin Schinick is even the head writer of this show with a little bit of KaBlam! or MADtv (1995) if it stuck to the source material for longer than three seasons, was 15 minutes long instead of an hour, had more animated sketches than live-action sketches, was made for kids (but had a Periphery Demographic of 20-somethings and older teens), and didn't feel like a rip-off of Saturday Night Live and In Living Color!.

It premiered on Cartoon Network on September 6, 2010, right after the premiere of Regular Show around the time that Cartoon Network was trying to revamp itself after its disastrous "CN Real" phase. It came back for what was intended to be a second season, according to The Other Wiki, premiering on February 8, 2011. However, it was later re-categorized into Season 1, and the actual second season premiered on August 22, 2011. After four seasons and 103 episodes, MAD was not renewed for a fifth season.

This show is not to be confused with the FOX sketch show MADtv (1995), though, according to The Other Wiki, MAD is considered an unofficial spin-off of MADtv (along with Comedy Central's Key & Peele), as both shows were distributed by Warner Bros. Entertainment.

Example of:
The Goomba