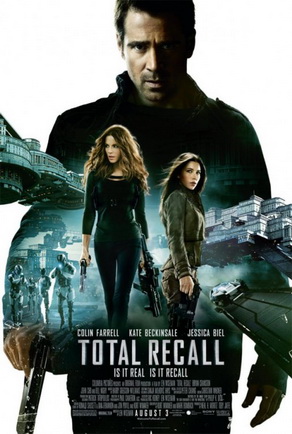 Douglas "Doug" Quaid (Farrell) is a factory worker suffering from violent nightmares who is deeply unsatisfied with his current life. As a solution, he visits a corporation called Rekall, which can implant artificial memories of a life he never lived. The procedure triggers what he believes are latent skills and memories from a life that was erased, leaving him unsure who he is and what side of the conflict he's really on.

The film has less gore and gruesome imagery than the original, but also takes itself more seriously.