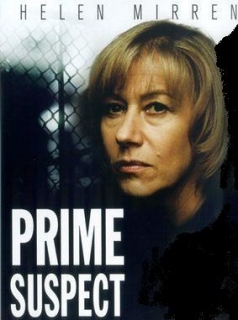 A British Police Procedural series starring Helen Mirren, which originally aired on ITV in seven series between 1991 and 2006.

Detective Chief Inspector (DCI) Jane Tennison (Mirren) is a straight-laced London Metropolitan Police officer who has been passed over time and time again for promotion due to her lack of penis. When another DCI dies while investigating the murder of a prostitute, Tennison takes her chance. However things take a turn for the bizarre when the body in the prostitute's room isn't actually the prostitute and the real hooker is nowhere to be found. But solving the case won't be the difficult part — it will be getting the men in her department to stop trying to sabotage her.

Written by crime novelist Lynda La Plante and one of the first police dramas to star a female in the lead role, the first season mostly deals with sexism in the workplace. However over time the program slowly evolved to tackle other issues from institutional racism to sexual perversion. Running themes also include Tennison's growing dependence on alcohol and her attempts to juggle her working and personal lives. It won three Prime Time Emmy Award for Outstanding Miniseries (and a Best Actress trophy for Mirren) as well as Golden Globes, BAFTAs and Peabodys.

A U.S. remake, set in New York City and starring Maria Bello, aired on NBC for half a season (2011–12). A Prequel, Prime Suspect 1973 (broadcast in the U.S. as Prime Suspect: Tennison), began in 2017, showing a 22-year-old WPC Tennison (Stefanie Martini) starting her career in the even more sexist police force of The '70s.